How To Manifest Exactly What You Want Like You’re Denzel Washington, Tony Robbins, and Arnold Schwarzenegger In Less Than 20 Minutes A Day 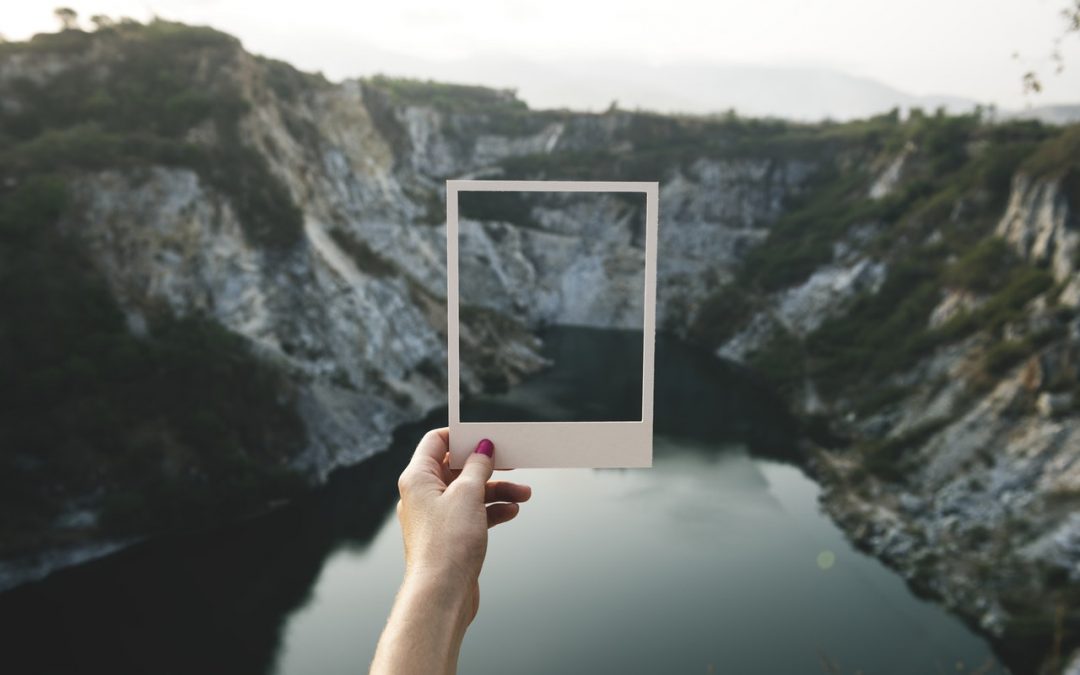 What if you had the power to create whatever you wanted in life?

What would you create?

If you’re not yet living your dream life yet do you secretly suspect that there are hidden success factors that outsiders like you are just not privy to?

Entrepreneur Brandon Gadoci nailed it when he said, “In life, there are two games that are always being played. One you can see, and one you can’t.”

When you know the invisible game, you have an unfair advantage.

The invisible game is that you’re already are a powerful creator – even if you don’t realize it yet. Using the Law of Attraction to manifest what you want is the invisible game being played.

And before you dismiss Law of Attraction as “woo-woo” stuff only for Oprah, bear in mind that media and athlete heavyweights like Denzel Washington, Conor McGregor, Steve Harvey, Jim Carrey, Arnold Schwarzenegger, Will Smith, Tony Robbins, and countless athletes are all in on the “hidden game” too.

They reported that they practice the Law of Attraction to achieve their desires – exactly as you can – in less than 20 minutes a day, when you follow these four steps.

1. Decide Exactly What You Desire

Don’t get tripped up about “HOW” your desire comes about just yet.

Your job is to focus intensely on “WHAT” your desire is. Because a strong and clear enough “WHAT” manifests the “HOW” for you.

If you’re not clear about what you desire, the universe’s hands are tied while you drift along like an unmoored ship.

Be sure to reinforce what you desire every day with a ten-minute visualization exercise. Visualization is essential to manifesting what you want – and has proven results like this.

Dr. Biasiotto at the University of Chicago split students into three groups and tested each group on how many free throws they could make in 2014.

He had the first group practice free throws every day for an hour.

He had the second group just visualize themselves making free throws.

The third group was asked to do nothing, just come back in 30 days.

After 30 days, he tested all three groups again.

The first group improved their score by 24%.

The second group improved by 23% without once touching a basketball

The third group had no change, which was expected.

If visualization works for free-throws, it will work for you.

2. Feel It In Your Bones

Visualization is a proven manifest tool, but it isn’t enough.

To speed up your transformation, you must…

…feel the same feelings and emotions you will feel when you’ve achieved your desires. Will you feel proud? Lighter? Calmer? Confident? It’s what we call “alignment.”

Test it out right now. Close your eyes and fantasize for 60 seconds all the emotions you would feel if you were handed a check for $5M in lottery winnings right now. The excitement, the elation, the relief, the disbelief, the shock, the confidence, the power, what the paper check feels like in your hand, a sore jaw from smiling so big, the hugs, the handshakes, being patted on the back, dancing a jig, high-fives, low-fives, having to change your phone number, giving notice at your job. All of it. Feel it.

That’s what alignment is.

Alignment is speeding up your manifestation by feeling the exact same emotions you will feel when you have your desires because the universe doesn’t know what’s real or not and will react immediately to fulfill those emotions.

Just like the $5M lottery check, think about the version of you that ALREADY HAS what you desire. Who they are they as a person? How do they act? How do they think? How do they go about their day? The harsh reality is the person who has already achieved all your desires isn’t the person or emotions you are today. But you’re going to get there. Make that shift – if even for only 5 minutes a day.

If you can live and feel as if your desire is already in the bank, it’s yours.

Mixed Martial Arts superstar Conor McGregor gave up a plumbing business to chase his athletic dream. He confidently said in 2008, “I’m an up-and-coming fighter and without a doubt you will see me on the UFC in the near future.”

By 2013, his prediction became true when he won a $60,000 bonus for Knockout of the Night when just the week before, he had received a 188€ welfare check.

Today, McGregor is the biggest pay-per-view draw in MMA history, having headlined four out of the six highest-selling UFC pay-per-view events.

I don’t know how McGregor aligned emotionally with his goals, but I rely on what I learned from Jerry and Esther Hicks.

Jerry and Esther Hicks, renowned leaders in the Law of Attraction community, recommend you launch into a positive “rampage” for five or six minutes to shift your energy and generate the emotional vibration you need to manifest what your heart’s desires.

Here is Esther Hicks demonstrating a five-minute “rampage” in a workshop she delivered a few years ago.

DO IT! (Good rampage for 5 minutes each day)

There are two possible obstacles that are easy to avoid if you’re expecting them.

The Obstacles Testing Your Faith In Manifestation

After exiting a 13-year marriage, I was quickly outgrowing my space, especially running a dog rescue.

I needed a lot of things to fall into place but started my manifestation journey by calling a national rural and farm realtor and put in a specific request for a house with land.

He came back to the perfect house. It had land and barn with dog kennels for my rescues already installed – but (obstacle #1) was $50K higher than I could afford. He said the seller was motivated so counter offer. We got the house and moved.

Four months after relocating across the country, (obstacle #2) I get an eviction notice. Unbeknownst to me, the owners were in foreclosure and the bank viewed me as a “Jane Doe” tenant that needed to clear out to sell the house.

An attorney helped me avoid eviction – and to stay on the property for HALF the rent I’d been paying before. My mom helped me buy the property a few months later where I run a dog and horse animal rescue from today.

The Obstacles In Your Own Mind

Obstacles can be in your own mind too. Specifically, beliefs in your subconscious that undermine you, such as believing that you’re unworthy, or that you’re a victim or you only succeed through working hard. Many of these beliefs aren’t even yours! You’ve inherited them.

Scientists in Atlanta have found that when mice associated the scent of cherry blossom with an electric shock, they become so sensitive to that scent that they pass their fear to their offspring through their genetic code.

This means that mice that did not experience the shock are born to fear the scent of cherry blossom. The brain imaging studies show that this anxiousness is due to the presence of different neurological receptors than the offspring of mice who weren’t part of the experiment.

You may have beliefs that are holding you back that you inherited as part of your culture.

In order for great things to happen, you must first overcome all the reasons not to do it, and…

4. Avoid Focusing On What You Don’t Want.

With 60,000 thoughts speeding through our minds every day, they’re not all going to be gems.

Sometimes we all mentally rant. Feel victimized. Judge other people. Or just want to kill the neighbor running his loud leaf blower at 7 am on a Saturday morning.

Few of us can control the first negative thought we have. But we can train ourselves to intervene quickly and avoid spiraling into a negative-thought monsoon that derails your whole day.

When we’re preoccupied with angry, negative thoughts, that energy is broadcasting to the universe too – and possibly manifesting some ugly stuff for you.

I don’t know about you but policing all the thoughts in my brain is exhausting. It’s like a second full-time job – until now.

One of the best “thought” models I’ve ever practiced is Brook Castillo’s “Self-Coaching Model.” In this life changing 30-minute podcast, Brooke shares her proven formula for how to confidently manage your circumstances, your thoughts about those circumstances, the feelings you experience from your thoughts, the actions you take based on your feelings, and the results you get from your actions. 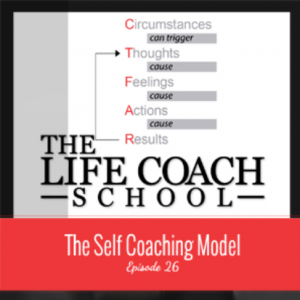 My quick-fix for turning around any negative thought pattern is to brainstorm all the things I’m grateful for – no matter how small. In fact, gratitude is an important daily practice I recommend you spend at least five minutes on daily.

I start first thing upon rising. I’m grateful for my pillow, my warm bed, my dog, because it’s snowing, because it’s not snowing, my favorite team won, the aroma from that first cup of coffee, then onto the big things like my family, my health, and the fact that the universe is aligned to 100% fully support me and you.

DO IT! Gratitude for 5 minutes a day

Practice these steps every day for 30 days once in the morning, once in the evening. With time, focus and experience you will be able to manifest on-demand.

Remember, the universe is here to support you 100%, and so am I.

Be sure to comment below and tell me how it goes!